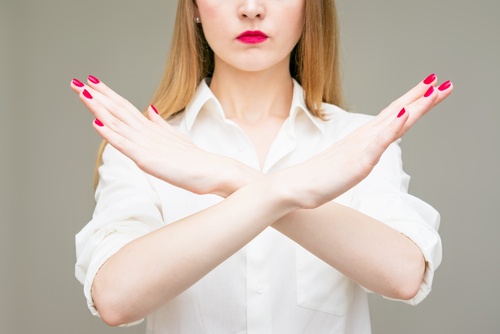 Twitter can be a powerful marketing tool for nonprofits. With 330 million users, it offers the potential to increase brand awareness across a vast audience. But Twitter is a unique animal among the species of social media platforms out there. Brands — including nonprofits — must learn and practice some unwritten ground rules to ensure their tweets garner goodwill rather than lose favor. Just as there are a multitude of ways to find and engage loyal champions of a nonprofit’s mission, there are also some worst practices marketers should avoid.

I’ve been on Twitter since 2010, and I’ve seen a lot of the good, bad and ugly in how businesses approach using the platform. So, I was excited when Chicago SEO firm Straight North asked me to write this article for Contentuity360 and share some of my all-time (un)favorite Twitter tactics.

While Instagram’s audience tolerates posts with 10 or more hashtags, Twitter users aren’t as welcoming. Research has shown that tweets with one or two hashtags get two times more engagement than tweets without hashtags — but more is not better. Tweets with three or more hashtags tend to get 21 percent less interaction than those that stop at one or two. Also, consider Twitter’s space constraints. Don't max out your tweets with long streams of hashtags. Even though the platform extended its character allowance from 140 to 280, shorter and to-the-point tweets are more likely to grab attention. Consider using tools such as Hashtagify, RiteTag and Hashtags.org to determine the best hashtags for attracting the right audience on Twitter.

Thankfully, this doesn’t seem as widespread as it once was, but some businesses still send automatic direct messages to Twitter users as soon as they hit the “follow” button. These impersonal and spammy messages annoy most people. I’ve been known to immediately unfollow Twitter accounts that have sent me an automated DM. I’m sure I’m not alone.

3. Being Clueless to Social Sentiment

Bad timing and poor judgment can bite you big-time on Twitter. Tweeting something that seems tactless in the wake of a disaster or when addressing a sensitive topic could disappoint or even enrage your followers (and the public at large). Brands have experienced the online equivalent of angry mobs carrying burning torches and pitchforks after posting promotional tweets that cleverly referenced serious matters. And companies have come under fire (pun intended) after scheduled tweets of a carefree nature have posted immediately after high-profile disasters. Think … and think again before you tweet. Also, take action to delete or reschedule tweets in your queue if circumstances arise that may render them inappropriate for the moment.

Don't ignore your followers' efforts to help you spread the word about your nonprofit's activities. When you see (in your Twitter notifications) that someone has mentioned your nonprofit or has retweeted your tweet, send a reply to thank them. Individual replies to each person are the ideal way to go. However, if you're short on time and need a more manageable way to show your gratitude, a group thank you is better than nothing (e.g., "@DawnMentzer, @BradShorr, @Contentuity360, @StraightNorth, thank you all for mentioning us in your tweets. We appreciate your support!”).

5. Not Having Brand Consistency

Your nonprofit's voice should be consistent across all the platforms where it has a presence. Tweets that are out of character for your brand may leave followers confused and destroy some of the trust you've built elsewhere online. It can be fun and refreshing to mix things up with commentary on trending topics or a little humor, but do so with care. Too much of a good thing can dilute your brand's message, and the wrong thing (such as making politically charged tweets) can alienate followers. If you have multiple people managing your Twitter account, consider having written guidelines to keep everyone on the same page.

If you're new to Twitter or have been struggling to gain traction on the platform, the expertise of an experienced marketing firm can help you develop a successful strategy for your nonprofit. You can also learn a lot from the insight and suggestions within Twitter’s collection of curated resources and guides.

Dawn Mentzer
Dawn Mentzer is a contributing writer for Straight North, one of the leading Internet marketing agencies in Chicago that provides SEO, PPC and web des... read more